Fort Worden is one of five Endicott period seacoast fortifications started in the Puget Sound region in 1897 to protect the navy base at Bremerton and the cities in the Puget Sound Region.  The fort is named for Admiral John Worden, commander of the U.S.S. Monitor during the first battle between ironclads during the Civil War. 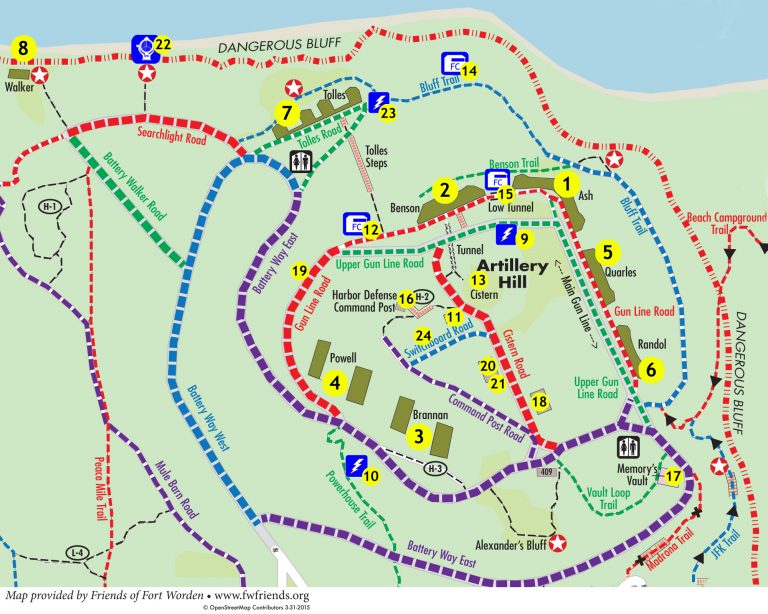 *   Open by guided tour only.  Inquire at Coast Artillery Museum.
** Closed to public.