Fort Flagler State Park had it’s beginning as part of the Harbor Defense of Puget Sound at the turn of the 19th Century.  From 1899 until 1955, Fort Flagler joined Fort’s Casey and Worden in a ‘triangle of fire’ defense across Admiralty Inlet, protecting Puget Sound. In 1954, the fort was deactivated and declared surplus. A year later, Washington State Depart of Parks and Recreation acquired the land for use as a State Park.

The 750 acre park still encompasses the original fort’s boundries, and provides a wealth of recreational opportunties. Over a dozen trails cross the park, through forests, along the bluff overlooking Admiralty Inlet and Port Townsend Bay and along the coastline. 10 historic gun batteries have been beautifully maintained and are open for exploration.

Surrounding the main parade ground, 100-year old officer houses are availble for vacation rental. The Retreat Center can accommodate gatherings of 25 to 250+, with full kitchens, recreation hall and the historic Theater. Just across from the Park Office, the Fort Flagler Museum contains many artifacts and displays from the park’s days as a Coastal Defense fort, as well as a gift shop.

Two campgrounds are located on the northwest side of the park, with sites suitable for tents or recreational vehicles with full hook-ups. A seasonal boat dock and year-round boat ramps provide access for those seeking time on the quiet waters of Kilisut Harbor.

Only 2 hours northwest of Seattle, Fort Flagler State Park has something for everyone. 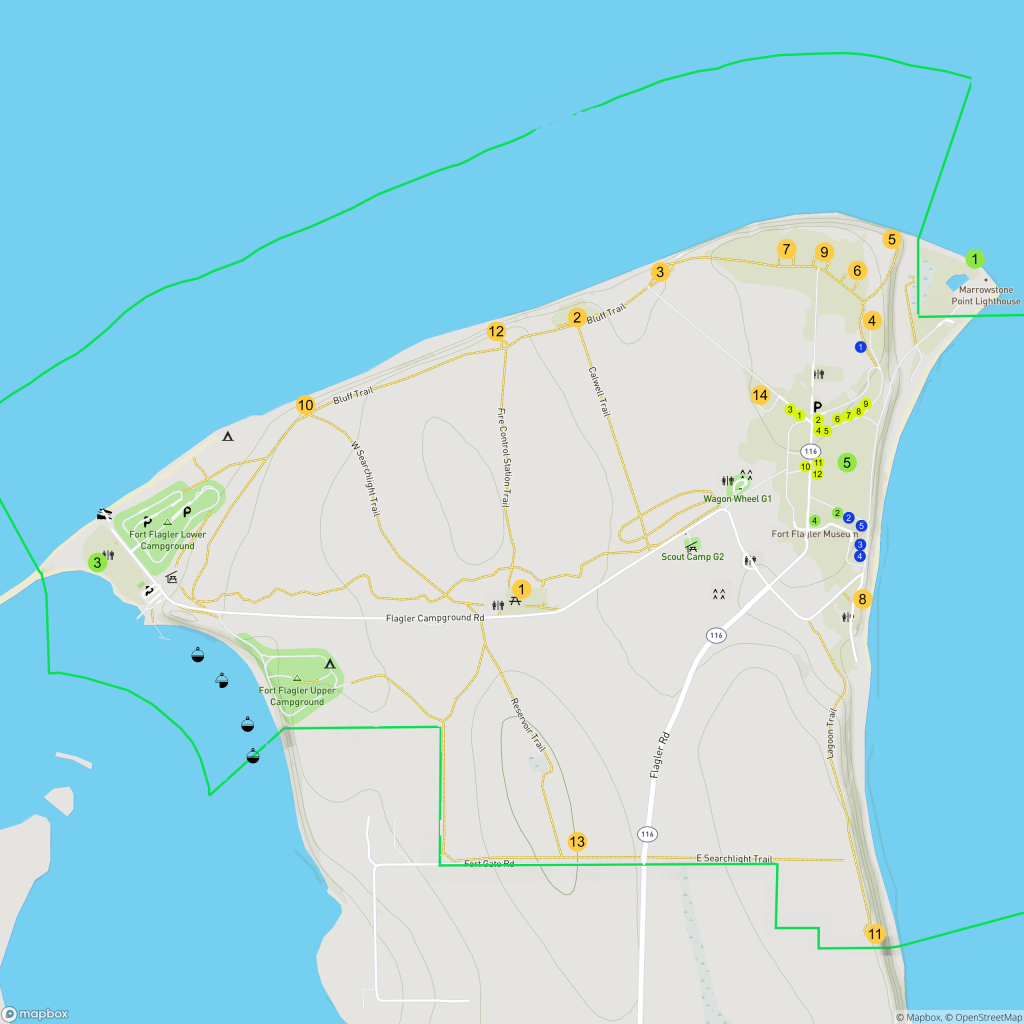 Other Points of Interest